How to be a C2 celebrity

Let me be clear first; I don't consider myself a celebrity, not for one bit.
But since some of you might have seen me on BBC2, I suppose I am a little bit more famous than my plumber (sorry Ryan!).

Watching oneself on the small screen felt very surreal, it was like watching a home video, a very well filmed and edited one.
A lot of customers watched the Beechgrove Garden either on TV or on BBC iPlayer (at the Beechgrove Garden they probably noticed a spike in online viewings!). And luckily they all liked our TV appearance. 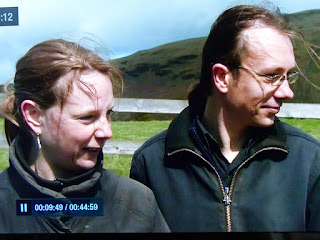 But it was the Hooligan (chicken) and her friends who really were the stars of the show. It was a shame the camera man didn't catch George, me and JP chasing away the Hooligan when she started digging out the newly planted plants!
Here she is, following us to see if there are any tasty snacks appearing from the soil. 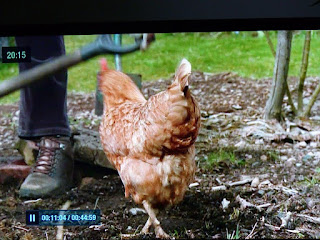 JP and I made up a scale which rates how much of a celebrity someone is, so that we can say:" I had a C3 celebrity in the shop today."
The C obviously stands for Celebrity and the scale is based on the Fujita scale used for measuring tornadoes.
Our C scale also starts at C1 and ends at C5,  C5 being a celebrity who can literally blow you off your feet (excuse the pun!).
So this is it:
C1     someone who has been in the local newspaper and gets recognized on a very local scale (ie my colleague Stuart)
C2     someone who has been in the local newspaper and on TV and gets recognized slightly further afield by a small number of people (I suppose that's were me and The Hooligan fit in now)
C3     someone who is well known from TV in their own country and gets recognized by fellow brits (ie Alan Davies from Qi)
C4     someone who is also well known outside their own country and most people would recognize him or her (ie Dame Helen Mirren)
C5     someone who is super well known around the globe and you'll have something to talk about once you've met him or her (ie Barack Obama, Brad Pitt or the Queen) 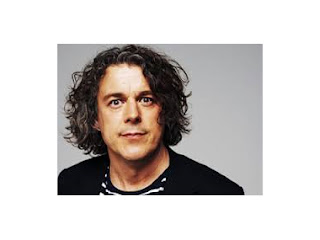 Celebrity status is a strange thing; you don't really change yourself, but some people think you do and start to treat you in a different way. I know I do when there are more or less famous people in the shop. And it's silly, because you don't want to behave like that and yet it almost happens involuntarily. And now I've been on the other side as well and let's just say it has been an experience.
Anyway, I'm still that silly Dutch girl who moved to Scotland to grow fruit and veggies and just so happened to have been chosen to be on the Beechgrove Garden. After this fun and weird experience, I can't say I have any aspirations to become a C3 (although getting Brad Pitt through the door would blow me of my socks!).
Posted by Unknown at 07:28 No comments: